Science Fiction stretches our imagination and makes us dream about cool, future, distant worlds and realities. And it’s fun, too.

But Science Fiction also serves an important purpose: It prepares society for the future. What will happen when technology X becomes available? How will our work, social and emotional lives change? What challenges and opportunities will we face, once certain new technologies become available?

Here are my top 3 Science Fiction, but realistic novels of all time that help us prepare for the future. They are all based on solid futuristic research, still they are mind-boggling and thought-provoking. When you read them, you’ll get a true glimpse of the future - and view the present and the past in a new light. 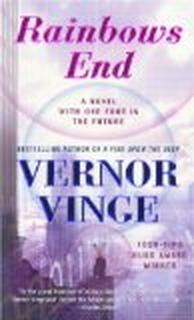 If you think augmented reality on your iPhone is cool, then you ain’t seen nothing yet. In his Hugo Award 2007 winning novel, Vernor Vinge shows us a world where high-speed networks, wearable computers and augmented reality are everywhere. Contact lenses with built in retina display devices make the line between the real world and the virtual one blurry. How will everyday life look in such a world? Robert Gu, our anti-hero in this novel, just recovered from Alzheimer’s disease and finds himself in a strange new world where nothing is like it was back then in the nineties. He visits a school as if he was still young, and learns his way around information search and use, new ways of artful expression, or powerful technology building blocks. But new worlds are also full of new threats: Virtual presences can be hacked, biotechnology can heal or devastate, and accelerated learning comes at the risk of literally driving you mad. Global security becomes a matter of world-wide team efforts, alert 24/7 as they try to detect and prevent mass attacks. And having a double-agent in your team doesn’t make it any easier… Two cool things about Rainbows End: All of the technology is believable, withing our grasp, easy to extrapolate from current developments. Still, the implications are huge and present society with unseen conflicts and challenges. The other cool aspect is the very clever storytelling: Robert Gu could be us, the readers. His Alzheimer disease is a clever disguise for time-travelling from our present into the author’s future, making us feel the challenge of coping with breathtaking new stuff first-hand. If you want to know how overwhelmed your parents feel with iPods, the Internet or any other of your latest gadgets, then slip into the life of Robert, and feel the pain, as he struggles to learn to live a second time. Oh, and there’s a Rabbit to follow, too! (Rainbows End on Wikipedia) (Paperback: Amazon.com | amazon.co.uk | Amazon.de) (Free HTML version) 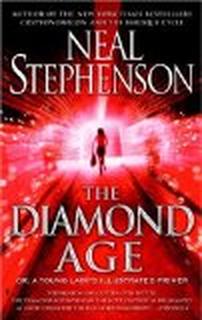 Some years ago, I presented to some co-workers about future technologies like genetics, nanotechnology and robotics. Someone said “You gotta read this!”, and pointed me to this book. The Diamond Age is another Hugo Award winner (1996) with the interesting subtitle A Young Lady’s Illustrated Primer that tells us the story of Nell, a young working-class girl who accidentally receives an interactive book, designed to educate members of the privileged class. It explores the clash of social classes in a future where nanotechnology is everywhere: Micromachines providing immune systems for whole cities, matter compilers that generate everyday items from food to clothing to complex machines, and novel forms of transportation like mechanic horses. We also meet John, an engineer of the future and programmer of Nell’s book, and witness his quest to “seed” the next level of production technology, by using interconnected brains, an early form of artificial intelligence. Again, we’re drawn into the story by following a character that “learns its ways” in the future world, this time, a young girl and her virtual friends inside the book. This world is more advanced than the book before, though the book does a great job at providing references to real-world scientific developments and constructing a realistic, yet breathtakingly complex, colorful future world. (Author Homepage) (Paperback: Amazon.com | Amazon.co.uk | Amazon.de) (EPUB, MobiPocket, etc.: BooksOnBoard.com (no link, booksonboard.com no longer exists)) 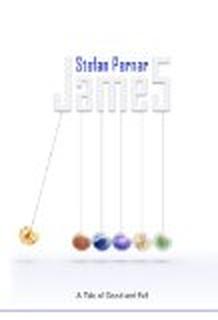 The next book has not won the Hugo Award - yet, but it is an all-time favorite for me: In 2007, I participated in the Foresight Vision Weekend (no link, sun.com no longer exists), an unconference centered around future technologies and the Technological Singularity, where Steve Omohundro recommended to me this book. Jame5 starts in the world of today, so we, the readers, can feel comfortable, only to catapult us into a future where artificial intelligence is real. Actually, more real than what its creators can really handle, as it turns out: Soon we’re sucked right into a Michael Chrichton-esque thriller, where the world struggles for its own existence, helpless against the all-foreseeing, all-controlling and all-consuming power of strong A.I. But that’s only the first half of the book (and an intense one, I might add…), because once negotiations start between humanity and the A.I., we’re confronted with the deepest questions in philosophy ever: Is there a place for humanity in a world where we become obsolete? Would a superior A.I. decide to conserve our inferior human existence and if so, why would it care to do so? Can it develop godly values like compassion, benevolence and a desire to preserve us, its creators? The cool thing about Jame5 is the clever mixture of an intense sci-fi thriller and a philosophical discussion. Actually, it’s more than that: It’s an introduction into the most important philosophical concepts, a “Philosophy for Dummies” kind of guide to the fundamental concepts and developments of philosophy. This book will suck you right in and you’ll be a different person once it’s done with you, I promise. If you’re interested in more thoughts about Stefan’s “Rational Morality (no link, rationalmorality.info no longer exists)” school of philosophy, read his blog of the same name (no link, rationalmorality.info no longer exists). And if you want to help with the 2nd edition: Stefan is looking for proofreaders and for a good publisher. (Paperback: Amazon.com | Amazon.de) (Free, Creative Commons Licensed PDF) 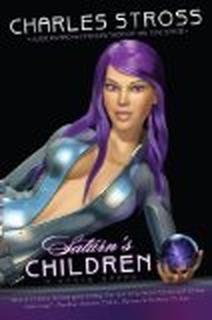 (Pictures used with permission from Amazon or the author’s. Amazon links are associate links.)

«
Ebook Thoughts: What Are Ebooks and What Are They Not?
How to Properly Cut an Image From a PDF Into Your Presentation or Blog
»

Commenting is currently not available, because I’d like to avoid cookies on this site. I may or may not endeavor into building my own commenting system at some time, who knows?

Meanwhile, please use the Contact form to send me your comments.

This is the blog of Constantin Gonzalez, a Solutions Architect at Amazon Web Services, with more than 25 years of IT experience.

The views expressed in this blog are my own and do not necessarily reflect the views of my current or previous employers.